A Brief History of Eyeglasses 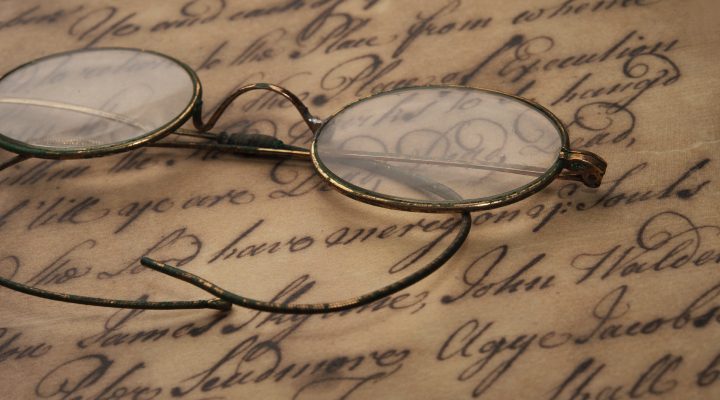 Human beings rely on our sight for a vast quantity of activities like enjoying a great summer afternoon in our own enclosed patio having a great book in hand. It is a phenomenologically dominant sense – it paints our understanding of the world around us. A huge proportion of people do not have 20/20 vision.

For those of us with less-than-perfect eyesight, eyeglasses are a saving grace. Approximately 4 billion people are thought to wear glasses worldwide. We take glasses for granted, and rarely do people stop and take the time to think how they might have originated.

Glasses are fashion items as well as medical devices, and they have evolved in parallel with the evolution of both fields. Here is a (very) brief chronology of the eyeglass – truly one of humankind’s greatest achievements.

It is not known for sure who the inventor of the first pair of eyeglasses was, but one thing is known – the invention rose to prominence in the 13th Century. Before the 13th Century, Ancient Romans had once used glass lenses to magnify things, but these lenses were not accurate and could not be worn day to day. Vikings had also developed basic lenses.

In the 13th Century, great significance was given to reading and writing by religious orders. This would explain why almost all accounts of 13th Century glasses use is related to monastic orders. The famous English friar Roger Bacon was one of the first people to write a comprehensive description of eyeglass use in his 1266 text Opus Magus.

The scientific revolution of the 1700s bought about the first major advances in eyeglass technology since the Middle Ages. Benjamin Martin’s famous ‘Martin’s Margin’ glasses were some of the first to hook over the ears of the wearer, allowing them to be comfortably secured. The American revolutionary Benjamin Franklin invented the bifocal lens, which allowed people with both near and far sightedness to use the same pair of glasses.

Modern eyeglass sellers such as Eyewearhaus in the United States offer wide ranges of fashion-oriented designs that typically put form and function on a rather more even footing than the first forays into eyeglass technology that were made by 13th Century Europeans.

Up until the mid 20th Century, glasses were considered to be a medical device alone. Glasses wearers were often stuck wearing ugly eyepieces that were functional above all else. Stigma was historically attached to glasses wearers, identifying them as somehow feeble, bookish or ill adjusted. In the 1960s and 70s, things began to change. New attitudes towards fashion meant that top designers aimed to craft eyeglass frames.

The pioneering use of plastic to create frames in the 1970s paved the way for the modern glasses work today. Plastic can be molded into all sorts of strange and beautiful shapes whilst still retaining a great deal of strength and hence you are able to play water balloon games even with your glasses on. Since famous aesthetic icons have worn glasses, some people associate certain styles with certain figures. John Lennon, Buddy Holly and (the fictional) Harry Potter have all inspired trends in glasses wearing.