The History of Aspen 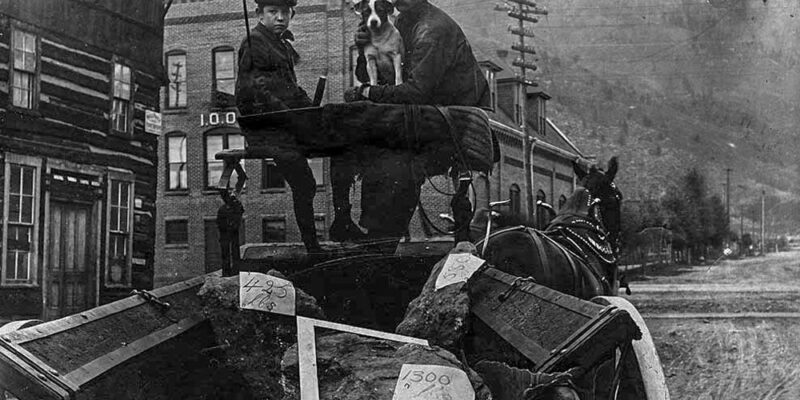 Ever wonder how mountain real estate became such a hotbed for investors? From a Ute summer hunting camp to a silver mining town to a luxury ski resort, Aspen has a rich history that has developed its character over the years.

In this article, we’re discussing the history of Aspen. Once a hunting camp for Ute Indians, white settlers who were mostly miners began populating the camp in the 1870s. Their primary focus was silver and initially, it yielded results. The town became a booming mining town home to over 12,000 miners and families.

The town started to recover during the 30s but World War 2 interrupted the growth as the Army’s Tenth Division trained near Aspen. The training had an unintended impact and skiing soldiers noticed the powdery conditions and impressive slopes.

Many of these soldiers returned after the war and began purchasing land and mining rights to build ski areas.

This period ended around 1940 when skiing began to take off, and Walter and Elizabeth Paepke arrived. This couple had a vision for the Aspen community that demonstrated its soul. It was a civic and cultural renaissance in Aspen and their contribution is still alive today, known as the Aspen Idea.

The Paepkes organized events such as the Goethe Bicentennial Convocations, the first event in the history of the Aspen Institute for Humanistic Studies. They also created the Aspen Music Festival and the International Design Conference.

In 1950, the longest chairlift was built on Aspen Mountain and Aspen hosted the World Downhill Ski Championships. This marked its emergence as one of the world’s premier ski resorts.

Since the 1970s, Aspen has steadily grown and it’s now one of the highest-priced towns in the country. With limited real estate supply, it has become restricted. Most of the land surrounding Aspen is public land, conserved land, or large private ranches.

Demand for housing around Aspen soared during the COVID-19 pandemic. You can find relatively less expensive near Snowmass Village, or in the city’s condos, but these will still be unaffordable for most people and affordability is a severe challenge for most Aspen workers.

Bottom Line- The History of Aspen

What started as a Ute hunting camp has turned into one of the most expensive ski communities in the world. This conjures up some tough history as to the nature of expansion in the American West.

Though Aspen is beautiful, is it not somewhat sad that it’s become a commercialized town reserved for the rich and the high-in-demand property management companies?

Still, with its storied past, there’s no doubt Aspen is compelling and its skiing world-class. The only question is, with a history like that, did we go wrong somewhere? Or is it understandable in these modern times why something as gorgeous as Aspen would in some way become corrupted?

It’s difficult to decide and one has to balance their adoration for the American dream with what’s become of this gorgeous mountain town.