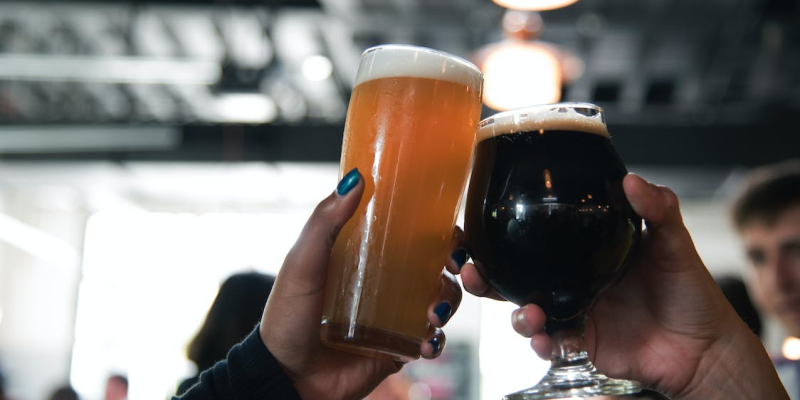 It is fantastic that so many companies are now turning to sustainable options and reducing food waste.

Even more incredible is the little-known fact that a few breweries are beginning to create beers from food waste!

Perhaps in the near future, beers made from food waste will be all the rage.

Here are three eco-friendly breweries that are currently leading the way.

Toast Ale, a United Kingdom-based company, is undoubtedly the leader of the pack when it comes to brewing beer from food waste. And the company has inspired other brewers to follow suit.

The journey began when Tristram Stuart, a well-known crusader of food waste reduction, sampled a beer brewed with bread during a trip to Brussels in Belgium.

Stuart already knew that an incredible amount of bread is wasted in the U.K. In fact, millions of tons of fresh bread go to waste every year in the U.K. alone. So, he wondered if he could use that wasted bread to create a unique beer.

Together with Rob Wilson, Stuart put together a team in 2016 to work on a recipe.

Eighteen months later, Toast Ale began to produce tens of thousands of gallons of beer, using around thirteen thousand pounds of bread that would have otherwise been discarded.

Today, Toast Ale’s Pale Ale, Craft Lager, and Session IPA, all of which are made from waste bread, are widely available throughout the U.K.

And in recent times, Toast Ale has partnered with the Chelsea Craft Brewing Company in New York, using excess bread from Brooklyn-based Aladdin Bakers, to create another bread-based beer. It is now sold at various Whole Food outlets throughout New York City.

Furthermore, Toast Ale has plans to expand even more. The company is currently looking at partnering with companies in Brazil, Iceland, New Zealand, Australia, Canada, and South Africa to produce beer made with waste bread.

If you run a brewery, you might like to consider brewing beer made from bread or other food waste yourself. You may also find it useful to check out these tips on how to efficiently manage your brewery.

Another brewery that has gotten on board the beer made from waste bread trains is Brooklyn Brewery.

Using frozen rye bread that would otherwise have gone to waste, the company began creating a beer in 2016.

The following year, its Ruggernaut beer was completed.

The brewing company then went on to create a revamped second batch that was aged in rye whiskey barrels.

One other notable brewery embracing beer made from food waste is Atlas Brew Works.

The company has demonstrated that beer can be produced using food waste other than bread. The Washington D.C.-based brewery has created a very tasty beer called Rescue Brew, using discarded stone fruit.

The beer is made with plums, peaches, and nectarines that would have otherwise been thrown in the trash.

The product came about after the Environmental Working Group, a well-known nonprofit organization, approached Atlas Brew Works to work together to create an eco-friendly brew and spread the message that food waste does not have to go to waste.

So, it is fantastic that breweries like Toast Ale, Brooklyn Brewery, and Atlas Brew Works are leading the way in not only manufacturing beer that has been brewed with food waste like bread and stone fruit but also helping to spread the message about how important it is that the world readdresses food waste and finds new sustainable solutions.