Which Household Appliances Are the Most Likely to Break Down? 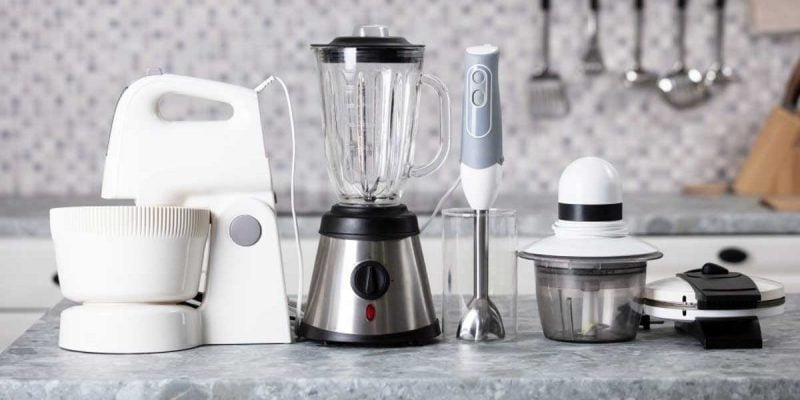 Modern home appliances are generally well-made and, with proper care, can last for years without problems. But, eventually, every device will break down. While homeowners cannot avoid the issue, there are ways to minimize the impact of appliance breakdowns.

Routine maintenance helps prevent many problems, and something as simple as routine dusting will help. It’s a good idea to read owners’ manuals, inspect appliances regularly, change filters, and turn off devices when they are not needed.

Owners should also learn the expected lifespan of each appliance to understand when they need to decide between replacement or repair. No two devices will last the same length of time, and durability can be impacted by various issues. Some brands are sturdier than others, and daily usage can make a difference. The appliances that are most likely to break down include the following.

Because washing machines are some of the hardest-working home appliances, they often break down more often than other devices. That is especially true when owners have large families and wash several loads a day.

Machines are also exposed to large amounts of water, and spin cycles can be rough on operating parts. Washers might also develop issues when homeowners consistently overload them or fail to complete routine maintenance, such as cleaning the drum.

There are actions that owners can take to reduce the need for repairs, such as placing machines in a good spot, using them according to the manufacturer’s instructions, and avoiding washing items that could cause damage. However, even with these precautions, breakdowns can still happen, so any homeowners buy a home warranty that defrays the cost of repairs.

According to Bob Vila, a recent study shows that 37% of homeowners feel that dryers are one of the appliances most likely to have problems, second only to washing machines. Like washer issues, dryer problems are frequently caused by user error. While every dryer will eventually reach the end of its life, owners can help make them last longer with simple maintenance like cleaning the lint screen after each use and cleaning the vent annually.

As simple as microwaves are, they are also one of the appliances that break down frequently, often due to misuse. Readers Digest says that an average repair costs $195, so it pays to take a few precautions.

Owners often cause problems when they run empty microwaves, which can lead to a faulty magnetron. If the insides of a microwave are not cleaned, food particles may stick to the sides and burn interior walls.

Simple routine cleaning with gentle soap and water helps keep microwaves in good shape, but it is important to avoid chemicals that could corrode components or even become fire risks.

Like washing machines, dishwashers are constantly exposed to water, which makes them vulnerable to problems and one of the appliances that break down most often. Unfortunately, they can also cause massive home damage since malfunctions often lead to flooding.

Using dishwashers often helps prevent seals from dry rotting, which is a common problem. It is also essential to clean machines once a month using a cleanser designed for that purpose.

Although today’s home appliances are better made than ever before, they can still break down. Washers, dryers, microwaves, and dishwashers are among the appliances that are most likely to break down. Homeowners can avoid many repairs and extend the lives of appliances with proper use and routine maintenance.