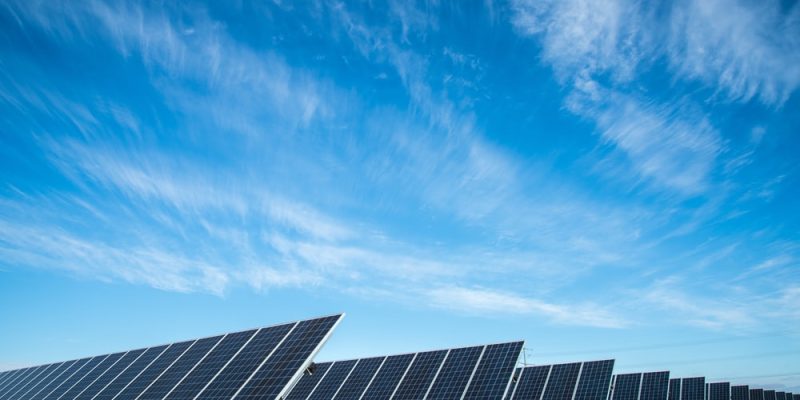 History tells us that mankind employed magnifying glass materials and sunlight to start fires around the seventh century B.C. The Greeks and Romans were known to use mirrors and solar energy later, in the third century B.C., to light torches for religious rites. The term “burning mirrors” was adopted to describe these mirrors as a common tool. Mirrors were used for the same purpose in Chinese culture as early as 20A.D.

Solar power and solar installation have come a long way since then. As for how the more modern concept of solar power as we know it today was first introduced, there is some debate. In some circles, it is alleged that a gentleman by the name of Edmond Becquerel initiated the process after he discovered that light could increase the production of electricity if two metal electrodes were out into a conducting solution. This was dubbed the “photovoltaic effect”

In the year of 1873, Willoughby found that selenium had some photoconductive elements. This paved the way for Charles Fritts to manufacture the first known solar cells in 1883. These were made from selenium wafers.

In today’s times, cells are produced with silicon, which was first done in 1954 and linked to a group of people at Bells Labs.

It might not be widely known, but solar power has been used for quite some time. It is thought that solar panels were even used in outer space to power the satellites!

Initially, solar panels weren’t cheap, especially compared to prices today. The pioneer solar panels could set you back approximately $300 back in 1954. Now, the average price today for a 6.6W is around the $100.00 mark. It appears that the solar industry is growing and prices are decreasing, along with rebates and other incentives, there are more people viewing this as an option for their homes.

But there is more too solar than meets the eyes and there are many advancements coming that might make solar power even more accessible for members of the general public, as well as businesses.

Massive amounts of electricity may be produced by floating solar farms without utilising expensive land or real estate. Compared to land-based solar panels, floating photovoltaic panels are less expensive to install. Additionally, studies have shown that the cooling impact of water increases the power production of floating solar panels by up to 10%.

Floating solar farms not only produce clean solar energy but also aid with water management. They lessen water loss due to evaporation because they restrict airflow and prevent sunlight from shining on the water’s surface. Additionally, since no harmful algae are produced, floating solar farms reduce the cost of water filtration. Additionally, the water beneath solar panels lowers energy waste and keeps them clean.

Every day, silicon panels get more affordable and effective. According to experts, photovoltaic panels offer even greater efficiency and a variety of other advantages when installed on reservoirs and other water bodies.

Photovoltaic solar power systems called “floatovoltaics” are designed to float on dams, reservoirs, and other bodies of water.

Solar skins are new to the market and are currently being trailed in America. This method of solar power uses thinner style of solar panels, which may be of greater efficiency due to their light filtration system, as it allows the rays of the sun to reach cells underneath the panels.

Because the rays of the sun travel to the rear of the panels, the picture can be displayed at all times, as well as providing solar power.

Rather than being an obvious fixture to a building, this style of panel tends to blend into the building, which can be more visually appealing and less of a compromise to the overall appeal of the establishment.

This system uses materials to replace sections of the property such as skylights and parts of the roof to accommodate this new style of panels.

If these works are conducted as the premises are being built, costs of other materials can be reduced to accommodate building savings revenue for commercial developments.

This system not only derives power from the sun but also acts as a noise reduction system. Facilities such as schools, hospitals, and large-scale buildings near motorways or other high-traffic areas may benefit from the use of this product.

These products are generally installed on the ground or around the building, rather than on the roof to have optimum effect.

Whilst their use is not currently widely spread in Australia, countries such as Europe have been working with this system for some time. Hopefully, it will only be a matter of time before Australia follows suit and adopts this practice.

We live in a society that craves for power to be mobile and at our disposal.

Solar fabric as the name suggests is a textile that makes a form of power when sunlight reaches it. Whilst in standard situations, solar production cells can be quite expensive, this method is cheaper as the cells are thinner. This means they can be constructed rapidly and at less than the standard cost.

Being fabric, it can be applied to any surface and according to Energymatters.com it has no harmful products and is said to be 10 times lighter than the more common style of panels and can last for up to 20 years.

Textures can be adapted on a wide scale to access solar energy from the sun. This can be of unlimited potential with tents, shades, curtains, and other fabrics. From a business perspective, this means greater flexibility in service delivery and less difficult in situations where solar panels may be cumbersome to install.