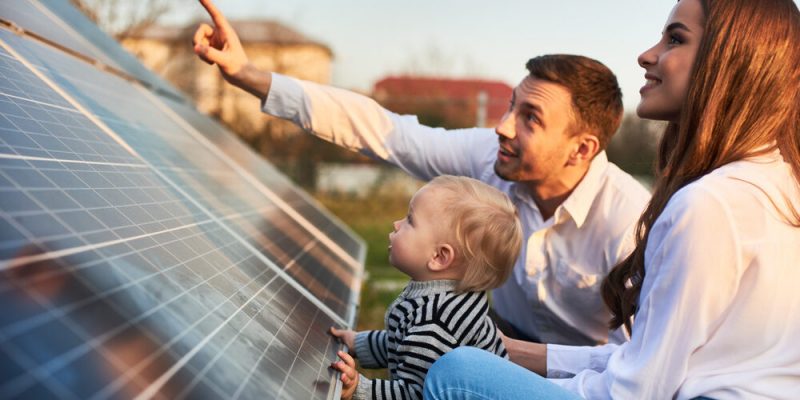 The number of people installing solar in their homes is increasing daily, which has seen the prices of purchasing and installing the panels reduce. Numerous benefits come with installing residential panels, including; However, make sure you check the reviews before investing in one.

This is one of the biggest benefits of using solar energy. All you need is the sun and the panels installed on your roof, and you can use the electricity they generate as much as you want. That helps you reduce the amount of money you spend on your electricity bills.

If you live in an area that receives a lot of sunlight, it may even eliminate your electricity bills. That is because, on a day of full sunlight, the panels will generate more electricity than you need, which is then stored in the batteries. That can be used on the days where you receive little or no sunlight.

Another way to offset your future electrical bills is by net metering. That enables you to let your neighbors use the electricity you produce.

It also does not cost as much as that of traditional electricity systems.

Everyone loves some cash incentives, and your solar could earn you some money. First, you get a federal income tax credit worth 26% of the amount of money you spend purchasing and installing your solar energy system.

You also get rebate SRECs, (Solar Renewable Energy Credits) that are generated throughout the year. You could sell your SRECs to utility companies around you, and that will be a good return on the money you spend buying your panels.

According to recent research, many US households have experienced a steady rise in both duration and frequency of blackouts in the last 15 years. That is because of the increasing electricity needs that come with more population.

With solar power, you do not have to live in fear of facing a blackout. That is because even on cloudy days, you are guaranteed to have power. Also, with a solar battery, you can save a lot of the excess electricity produced during very sunny days. You can use that electricity on days where you receive no sunlight. You also do not have to control how much electricity you use per day because you want to save on cost.

4. Insurance from Rising Costs of Electricity

The cost of electricity has steadily experienced a rise in the past decade, while the cost of buying and installing solar panels has dropped by 70%. While using solar power, you do not have to worry about spending an extra 5 or 10 dollars on electricity bills.

Solar energy is derived from the sun, which means that it is clean and pure. That helps reduce the amount of greenhouse gases released when traditional electricity is produced. Most traditional energy is produced from fossil fuels.

When they are burnt, they release a lot of harmful gases. Those harmful gases contribute to global warming by increasing the particles in the air and destroying the ozone layer. They also contaminate the clouds, resulting in acid rain, which harms the soil and plants.

On the other hand, solar energy only needs the panels to convert sunlight into green and clean energy.

Due to the increased popularity and preference for solar energy, having a solar energy system will increase your home’s value in case you want to sell it. Recent research shows that having solar energy increases home value by around $15,000.