German Baby Formula: Is it Worth a Try? 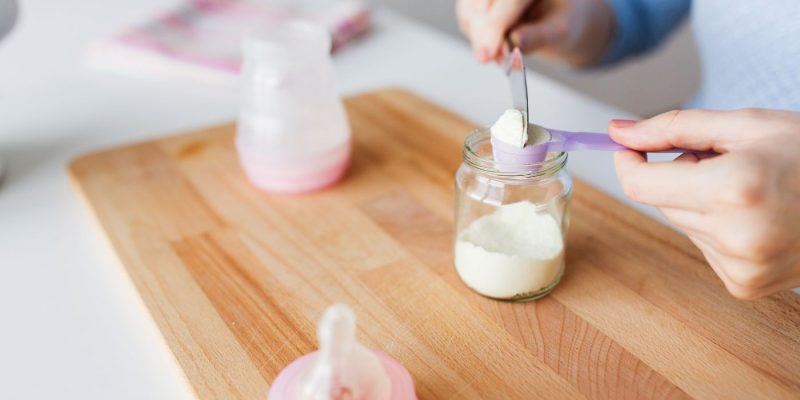 Many parents whose babies are bottle feeding love European formulas, and not without a reason. Baby formula is believed to be the next best thing for an infant after breast milk. And European formulas, and German organic baby formula, in particular, are considered to be of superior quality. This article discusses the reasons why German baby mixtures are worth a try.

Unlike many formulas produced in the US, European ones must adhere to strict EU rules. So, let’s take a closer look at their benefits.

The European Union has much more rigorous regulations on what can and cannot be included in baby formulas. Actually, there is a long list of forbidden components. However, these ingredients are often found in mixtures made in countries outside of the EU. These include sugar, fructose, carrageenan, and a lot of others. Since babies prefer sweet milk, European, and German formulas, in particular, add natural sweeteners to their products. These may include lactose or maltodextrin, which are much healthier options.

Many European baby food manufacturers practice Biodynamic Organic Farming. It adheres to far stricter agricultural principles overall. These principles include the prohibition of GMO plants and animals, as well as harsh pesticide prohibition. Furthermore, the cows and goats whose milk is used for baby formula production are treated humanely and fed with grass.

The leading German manufacturers add probiotics and prebiotics to their baby products. These substances are the best nourishment for the gut. Therefore, they help the baby’s body build strong immunity to prevent sickness, constipation, and diarrhea.

A great benefit of German baby formulas is that many use goat’s milk rather than cow’s milk. This is great news since many infants have difficulties digesting bovine milk. Furthermore, it is known as the one causing allergies in infants. Goat’s milk is known for having a lower content of allergenic proteins, which makes it much better for babies.

Germany is a leading European country that fills the market with superb-quality baby formulas. These goods are specially treated and severely tested to ensure it is absolutely safe for infants and older children. We have done a bit of research and found a recent study on organic baby formulas in Germany. We now offer you to look in a bit more details about it.

The Stiftung Warentest foundation was established with German Parliament support in 1964. Its main goal is to provide unbiased pieces of advice on various goods based on comparative testing. Until today, this organization has conducted over 200 tests annually, covering goods from all spheres. Their tests are known for being unbiased.

In the current year, the foundation announced the winner among the first-stage baby formula manufacturers based on numerous factors. Stiftung Warentest tested such leading brands as HiPP, Holle, Löwenzahn Organics, and others. According to the results of 2022 tests, Löwenzahn Organics Stage Pre Infant Formula appeared to be the top formula. The brand was commended for its product’s nutritional quality and its contribution to environmental welfare.

To provide more details, this formula has a 1:1 ratio of omega-3 fatty acids and omega-6 fatty acids, surpassing the minimum amount that the EU law requires. Besides, the company includes prebiotics in their infant mixtures to make them even closer to human breast milk. Löwenzahn Organics was also praised for the use of sustainable certified palm oil. Furthermore, the brand sources its Omega-3 (DHA) from algae, which is a tastier and more sustainable option than fish oil.

German baby formulas, in particular, and European baby formulas in general are much more healthy and more natural than similar products made in other countries. There is a huge range of options and choices, and a diverse product range from trusted suppliers. Parents can choose from cow’s or goat’s milk, and there are also multiple options for babies with special needs, such as anti-reflux, lactose-free, hypoallergenic formulas, and much more. Organic baby formulas from the EU are 100% free from chemical fertilizers, with manufacturers having an overall focus on sustainable, organic farming, and animal welfare. German formulas are easier to digest, are great in nutrients, safe, and babies like them.