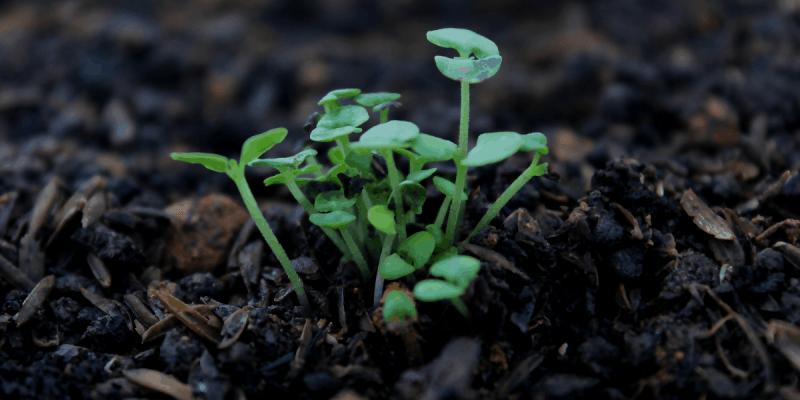 Are you planning to do some gardening? Want to pot some new plants in the backyard, maybe or on the balcony? Just getting the seeds or the plants from a nursery or somewhere and potting them in just ‘any’ soil one can get their hands on is not enough.

Just any random soil will not ensure the plant’s best growth or the gardens. The soil is the most critical nurturer, and so requires some research before using.

Knowing what type of soil will suit which plant, what mixture of the different types of soil will be the optimum one for the vegetable or flower plant.

Once one knows what organic and non-organic soil are, what they are made up of, they can decide which one to choose for their potting purpose. 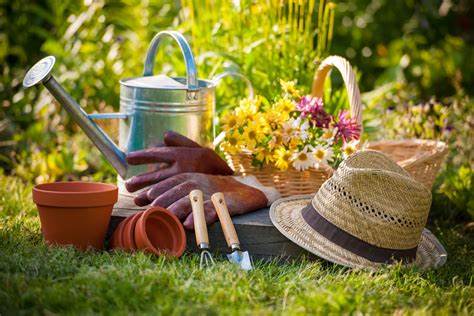 The soil is divided into three basic categories for gardening related purposes. Otherwise, there are many soil types like clay, sand, black and red soil, and more.

However, here, the focus is on the three basic categories that need to be known by anyone attempting to do gardening and nurture their plants the best:

Potting Soil: It is also known as potting mix or miracle soil. It is a mixture of organic substances and inorganic substances that provide the best nutritional value and the optimum water holding capacity in the soil for any plant to grow. 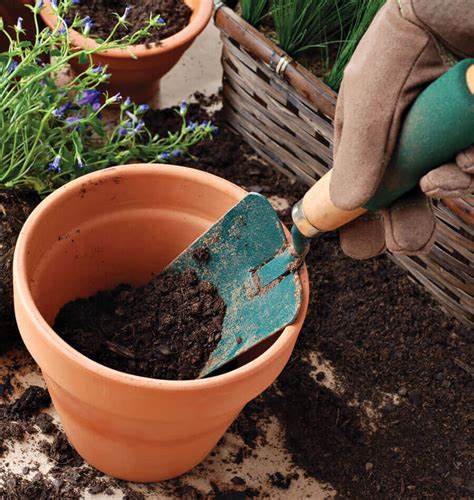 Topsoil: It is the soil that one sees in their backyard, in any lawn, forest, park, or anywhere else on the planet. It is the naturally occurring topmost layer of the earth. It can be rich in nutrients at some places and devoid of them in others.

Fertilized Topsoil: The topsoil has some organic substances, like the organic fertilizers or compost added into it. This is comparatively better than the topsoil when it comes to growing plants and herbs and such.

People do use enriched soil or even regular topsoil for the plants in pots. However, it is generally not the best thing that gardeners, who are experienced or did some research before starting the process of gardening, do.

The top and enriched (fertilized top) soil usually is denser and makes it harder for the roots to grow in them. Their water holding capacity is also often either too wrong or too much and can leave the pots to dry or make them drown.

Therefore, potting soil is the best one for use. 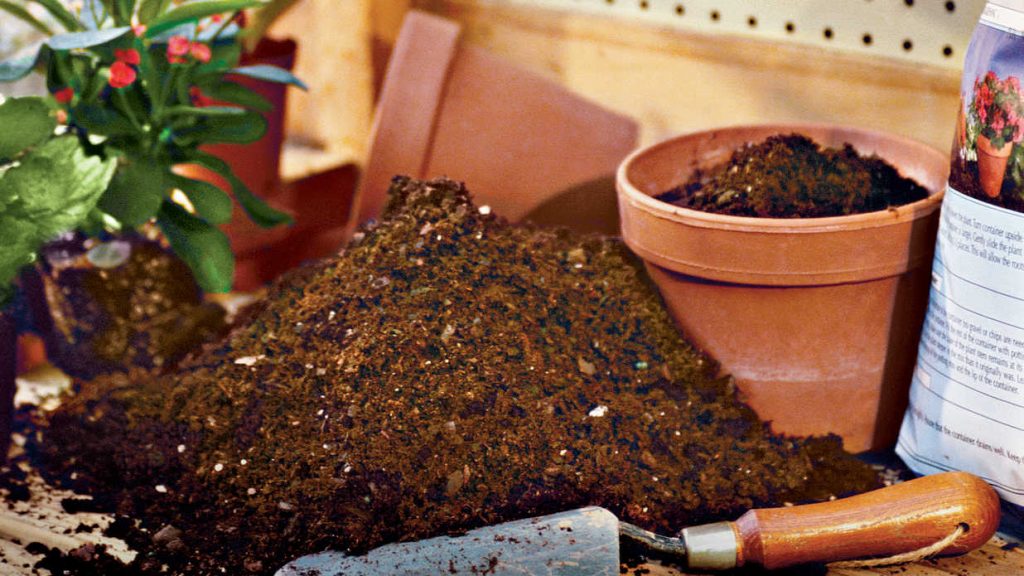 Non-organic potting soil, as the heading suggests, is one that has no organic substances in it. It is usually neutral in the pH chart.

Being non-organic, it does not have any foul substances or contaminants that can harm the plants, usually found in the organic soil. They can be used alongside chemical pesticides and fertilizers.

What Is It Made Up Of? 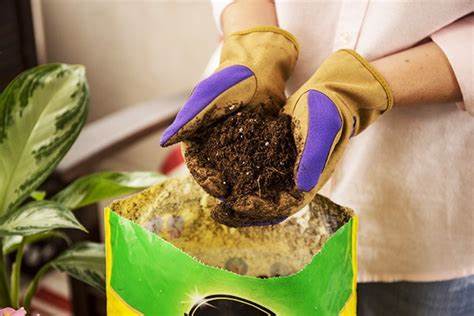 The ordinary non-organic potting soil is made up of combining three main things:

The three are mixed in a balanced amount, equal in proportion.

Peat moss is the essential part of the non-organic potting soil. It is created by decomposing sphagnum moss in bags. The decomposition process is done only partially inside bogs, which means that it is ready for use when the peat is decomposed half or more than half.

Naturally, it can take hundreds of years for it to be made. However, it is made artificially for gardening and agricultural purposes.

Coconut Husks, also known as coconut coir, is used to reduce the density of the soil. This is done to provide space for more air in the soil. It also holds the water for longer.

If coconut husks, usually imported from Asia, are not available, then Styrofoam is also used as a substitute material. It is not expensive and does the job in the same way.

Note: Styrofoam tends to surface on the top of the soil after some time. 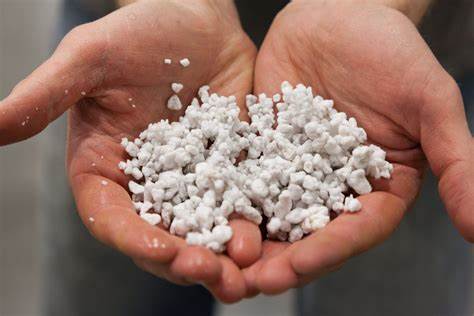 Perlite is just another name for vermiculite. Its primary function is to provide better drainage for the soil. It is usually found near volcanic areas. It increases the weight of the soil as well.
The materials mentioned here appear to be organic because of what they are made up of. However, they are considered non-organic because of several reasons.

The first being a large amount of carbon dioxide/ carbon substances produced in their manufacturing.

When coconut husks are transported, the carbon is produced from the shipping vehicles. The pit mines from which perlite is extracted produces a large amount of carbon dioxide and such as well.

They have some negative impact on nature and use Styrofoam, which is not an organic material. Thus, it is known as non-organic potting soil. 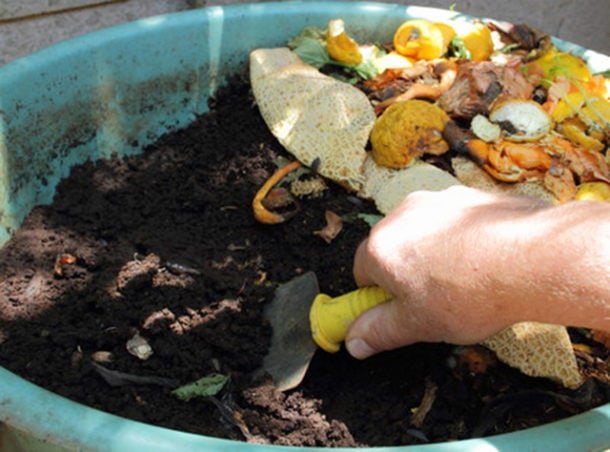 Organic soil does not harm the environment in any way. From its creation to utilization, it leaves no carbon footprint, unlike non-organic soil. Eco-friendly to the core, it is also known as ‘Magical’ dirt.

Organic soil is free from any chemical substance. Its pH level is not fixed, depending upon the type of substances and their quantity in the mixture.

The pH level can be explicitly balanced with the type of plant being grown in the pot.

The setback in Organic soil is that it can contain some contaminants.

Advantages of Organic Over Non-Organic

The organic potting soil does not use any chemical pesticides. Therefore, it is usually free from toxins and harmful chemicals, which benefits a lot when growing something edible in that soil.

Most of the times, a blend of the following things, give or take a few:

Vermicompost is a manure that is created by decomposing organic and biodegradable waste products using worms.

The worms eat up the leftover food, vegetable and food waste, and other biodegradable waste. Then they excrete the vermicompost, which is later collected and used.
All these things are essential in providing the soil with rich nutrients, minerals, and water holding capacity to ensure the healthiest of plants in the pots.

Being organic, a typical mixture of the above materials will be slightly acidic naturally. This provides for better water consumption of water by the roots of the plants.

Specific Mixtures are For Specific Plants

Not all plants can be planted in the same mixture. Therefore, knowledge of what goes for which plant is necessary.

A suitable mixture for a cactus or a similar plant will not work for hibiscus or an orchid.

Different types of plants, depending on their place of origin and grow naturally, require different nutrients and resources to grow in their soil.

Which One to Choose?

In most cases, being more eco-friendly of the two, Organic Potting Soil should be the winner. One can quickly go for them.

They can be enriched again and again using fertilizers made at home as well.

However, they need some extra care, especially to remove contaminants that may come. The contaminants can even cause a plant to die.

The plants require more time to grow in Organic Soil when compared to Non-organic. In non-organic, one can use artificial fertilizers that provide much more nutrients and minerals that promote faster growth of plants.

It all depends on what one can manage. It also depends on the type of soil available in the region, preference of the gardener.

Furthermore, it depends on the type of plant that one is planting and whether there is an availability of organic soil components. If not, then a non-organic potting soil mixture will be the better option.

Organic soil requires the usage of soft rock phosphate, which may or not be readily available. Without it, an essential nutrient goes missing from the soil.

However, an organic mixture is a healthier option. Therefore, after going through this article and the resources at hand, one can decide which one they want to go for.

Outdoor Flood Light Bulbs – Everything You Need to Know 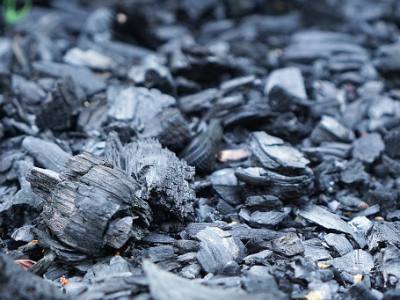 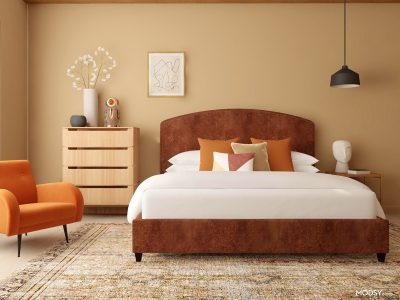 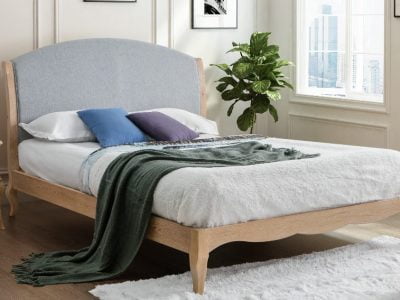 Advantages of an Upholstered Bed Over a Wooden Bed