8 Techniques for Carrying Out Quality Root Cause Analysis 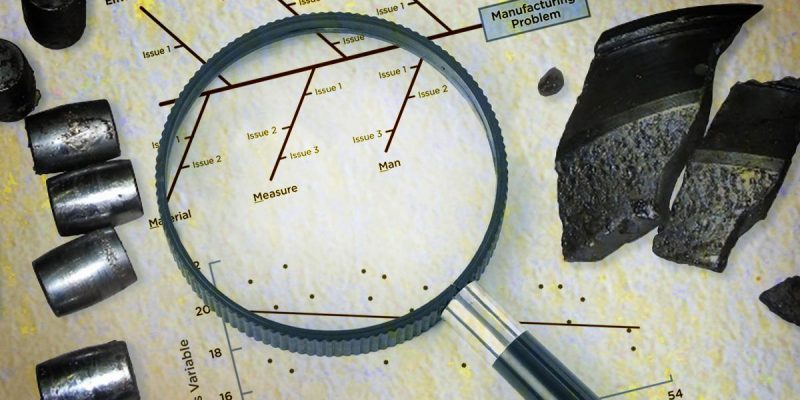 Root cause analysis is a process that helps identify and analyze problems in a system, resulting in better decision-making and problem-solving. It also provides insight into what might be causing the problems within the system.

If this sounds like something you’re familiar with in business meetings or other types of conflicts within organizations, you’re already very familiar with what root cause analysis is all about! It’s the process of taking apart what went wrong so that it doesn’t happen again in future situations.

Some of these techniques have been around for thousands of years, while others have just been developed recently, but there are common practices for root cause analysis.

This article will discuss eight different root cause analysis techniques that could be applied in any organization or business setting.

A fishbone diagram, also known as an Ishikawa diagram, pinpoint’s a problem’s contributing factors and causes by breaking down likely reasons for the problem in a visual way. It includes the main area where the problem occurs, with several different bones branching off it, each branch representing a different possible cause of the problem. The fishbone diagram technique is commonly used when analyzing potential issues with products or services to make explicit connections between certain things in order to prevent future issues from occurring again.

This technique is often used when something has gone wrong to find out what happened by asking questions about it over and over again. The question must be asked in five different forms to reveal the root cause of the problem. By asking about an issue in five different ways, it gives the investigator more information to start off with, which can then help them figure out where to go from there.

2. Why Not /Why A/Why B Questioning

This is a variation on 5 Whys questioning that can be used when trying to find out how something went wrong so that someone will know what they should do next time it happens or who might have caused an issue or problem in the first place. By asking simple “why” questions, it will be easier to find out something that happened or the reason behind a particular event. This isn’t precisely a question-and-answer type of technique, but more of a way to get someone thinking about something in a different way.

An affinity diagram shows how items are related or connected to one another to help create a better connection between specific ideas and see similarities between things that have been put together. This helps organize contributing factors from one problem so that the next time around, an organization could learn from its mistakes and try something different if necessary.

5.Cause and Effect Diagrams

Cause and effect diagrams break down the effects that have been caused by a particular action taken by someone or something. It shows a relationship between a cause and an effect, which could be anything from a problem that occurred to the solution taken to fix it. Cause and effect diagrams can show how something happened or what someone’s results were from taking a particular action.

Pareto diagrams show the most significant contributing factors when several different variables could be causing the issues within the system or place of business. It allows someone to see what problems are worth their time and will help put more attention into what is actually causing the issues at hand to get them resolved.

AAMOF stands for “Anyway, And Then, More On.” This is a graphic that helps show the connections between what has happened, what has caused it to happen, and how it has occurred again in some form. It gives an organization some ideas on preventing something from happening again, so they are prepared the next time around.

There are many strategies for performing a root cause analysis. However, all the techniques share common characteristics—all start with identifying and sorting out the “symptoms” of the issue. “Symptoms” refer to the various deviations from the norm.

Once these deviations have been identified, the remaining steps involve isolating the root cause(s) of the symptoms observed.