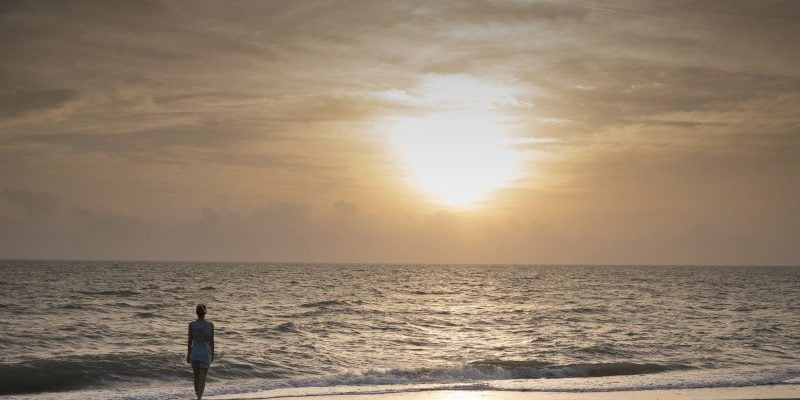 Isn’t it weird that people who live near the ocean are considered to be some of the world’s happiest? As it turns out, there are several physical and psychological advantages to spending time near water. The body of water doesn’t have to be the ocean for you to feel its calling effects though! Your local lake will suffice! The following are just a few of the many ways the beach may positively affect our health and well-being, so let’s dive in (pun completely intended)!

The water has relaxing properties

Many professionals in the field believe that humans appreciate being near water because something about it is naturally relaxing. For some people, water brings back memories of swimming in a pool, lake, or ocean as a child. Like clouds, water has a dreamlike aspect and its moving shape allows us to envision varied forms and conceive infinite possibilities. This is the reason why many scientists think that our brains may easily be calmed by just glancing at the water.

The colour blue is calming

Many people don’t know the calming properties the colour blue has on our entire system. Quite unexpectedly, there’s extensive research on the health benefits of living near blue space. The studies found that having more blue space in your neighbourhood and being closer to a body of water boosted residents’ levels of physical activity. People’s moods and psychological well-being were proven to improve when blue environments were present.

Therefore, there’s literal scientific backing to the common saying that living close to water is good for you! Plus, if you live in a coastal city, there are some other benefits you experience compared to the continental part of the population. Cities near the beach are known to have cooler temperatures in the summer and even less air pollution making for a more healthy environment!

There are infinite ways to have fun

If you like water and watersports you then surely know what we’re talking about! Getting out on the waterfront and surfing can be the best kind of summer fun! When we’re having fun, the hormones called endorphin and serotonin are being released in the brain resulting in us feeling elated and satisfied.

Another way you can have fun in the water is by looking into the yachts for charter you can enjoy this summer. If you like entertaining your friends and having great sunny afternoons together, this may be an ideal way to combine the healing properties of water with some simple recreational fun. 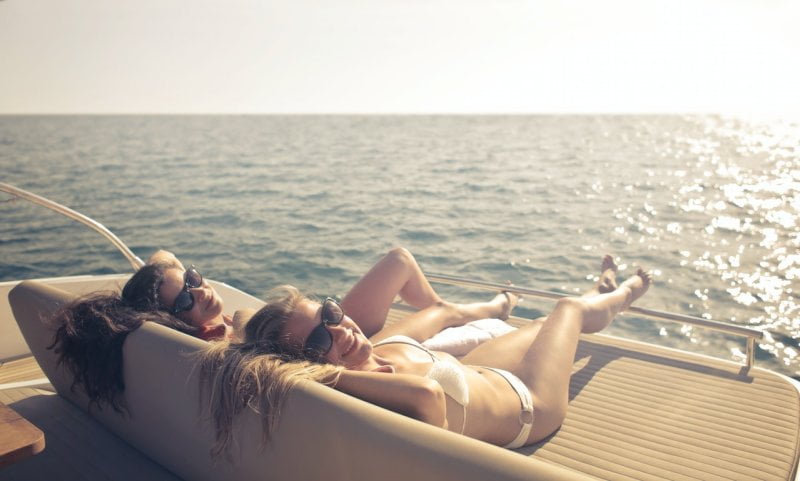 Your local lake also has the benefits

In this section, we’d like to emphasise that the advantages of being near water may be enjoyed without having to fly to exotic locations or spending weeks at a time at the expensive tourist trap beaches. Getting outside and doing informal social activities such as playing with your children, paddling, and sunbathing at local lakes, rivers, and beaches can have the desired effect. It doesn’t seem like rocket science, just stick a bit closer to your local body of water and you’ll be able to reap all the benefits.

For years, our ancestors have been looking for water and created the first settlements near bodies of water. This is not accidental. We need water to survive and this natural connection we have with water reflects in the way we feel when we’re near it. Some researchers believe that this evolutionary answer is what makes us calm and even sometimes near a complete meditative state when looking at the water.

It can make your mind clearer

“Eureka!”, Archimedes shouted one day while enjoying his bath. Being in the water, in the Greek philosopher’s instance, cleared his mind and made him figure out how buoyancy works. Just like many famous thinkers, you’ll be able to come up with new ideas and experience epiphanies during your time near water.

Sailing taught Albert Einstein the fundamentals of physics, and despite the fact that he was a terrible sailor, he made the most of his time on the sea.

According to the experts, listening to water may help calm one’s mind. Flowing water, according to, is so-called “white noise.” When you sit back and let the sound of water wash over you, it can help bring you into the present moment connecting you with your subconscious and letting your ideas flow even if your backyard has a fence. Only the view can be blocked not the sound of waves.

Still not convinced about the benefits of water? We challenge you to spend five uninterrupted minutes by the sea, just as much time you’ll need to read our next article. Being near a tranquil body of water has been shown to have a positive impact on one’s mood for as long as we’ve existed as species!