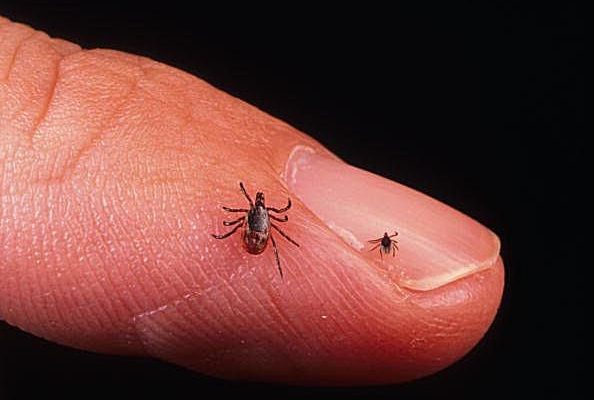 The most important question over here is what exactly are tick bites? Many people might not know exactly what tick bites are and how they look like? There are also people found who are unaware of the symptoms and do not know how to cure them. This is very common in the United States.

It looks like a little red bump on your skin, just like the mosquito bites (kind of rashes). This gets resolved soon! But the symptoms can take place in less than a month or so after getting affected. Read the article below to know more and especially about how to prevent this Lyme disease.

Most people love spending time outdoors, and so do the pests, and the insects love to do too. Among all these, ticks are one of a kind, bloodsucking parasites. Diseases that you get from the tick bites are Rocky Mountain spotted fever, Lyme disease, Tularemia, and Ehrlichiosis.

Location is a big factor in tick bite cases. Different parts of the United States are home to several types of ticks. So, it totally depends on the variety of the tick, what diseases it is carrying and what are you going to have and suffer from.

The parts of the eastern coast, Midwest, south, and California are home to the tick bite disease (The Lyme Disease), said the experts. Especially in the United States, people should be very aware of where they are exactly going, should know how to prevent the disease, and taking precautions is mandatory.

These are the parts where you might get affected from Lyme Disease, but the other parts of the United States have got other diseases like The Rocky Mountain Spotted Fever Disease, which is more profound in The Rocky Mountain Areas and like this it goes on.

The Different Types of Ticks 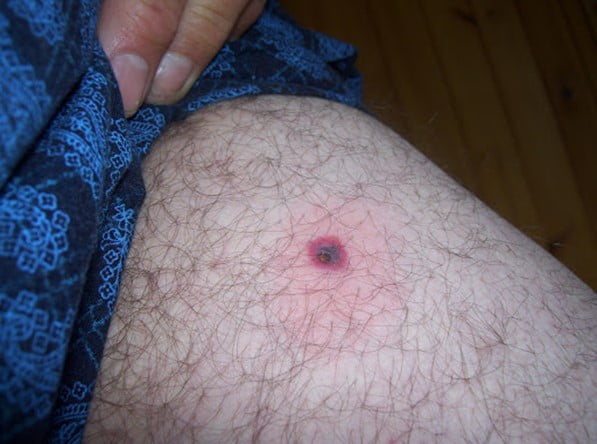 Let us look at the types of ticks below –

These animals are found in the upper Midwest and eastern regions of the United States. The animals of these regions cause Babesiosis and Lyme Disease.

These types of animals are found in the Midwest and the northeast regions of the United States. They carry the disease known as Ehrlichiosis.

Prevention Is Better Than Cure

Reports say that it is essential to prevent the ticks from meeting your body. Everyone visiting the above-mentioned places or stays there should always wear covered clothes. Like shoes with socks, full pants tucked into the socks, and putting tape around it.

People should wear light-colored clothes over there because this hack might help them to see the ticks, if any, present on their bodies. Ticks especially prefer to stay in the bushes or the shrubs, so whenever you are into the forest or woods, walk in the trail’s center to avoid the ticks because they are usually not found on the trails.

As soon as you reach your home or to the hotel, do check whether any tick is on your clothes or not! Help to check others as well because everybody does not know this.

After coming back from such areas, wash your clothes and shower with hot water so that if any ticks are present with you or in your clothes, they will get killed easily.

Ticks do not like the smell of garlic, mint, orange, lavender, lemon, cinnamon, etc. So, these animals will never go or avoid hooking on to any such sort of thing that smells like these plants that repel ticks. Reports say that using such plants is the best idea to fight against these ticks.

During the summer season, people love going here and there, do parties, and many among them prefer the woods to enjoy as it caters to a perfect, moderate, and chilling type of temperature. Anyway, you need to be very aware and careful! 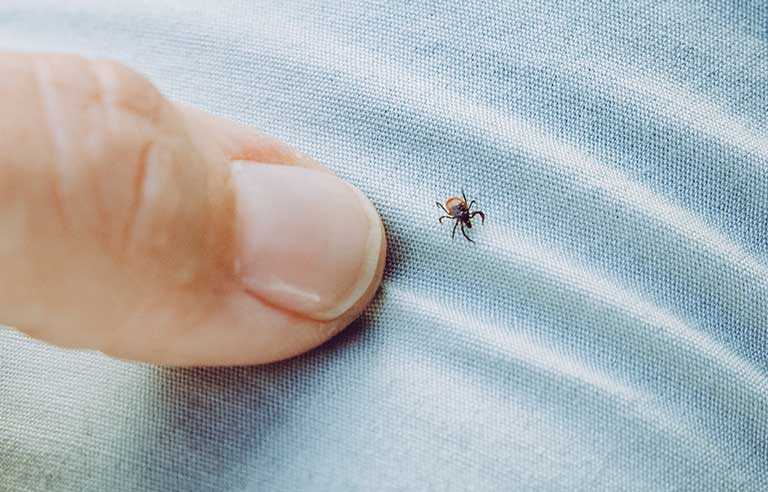 Whenever you find a tick on yourself or your family member, please do not panic and stay calm. This is the most important thing one needs to maintain when they get to know that a tick is present on their skin. Reports say that the bacteria need around thirty-six hours or so to cause disease.

If you notice a tick on your skin or clothes, remove that immediately using tweezers, grab the entire thing, pull it out, throw it down and kill it. Simple! But please, do not get frightened. The sooner you remove the thing from yourself, is better. People do not understand that they are carrying a tick along with themselves, which is why most of the time, things remain hesitant and later cause disease.

It can remain thirty-six hours properly on your skin, but the infection will cause disease after this. The time is quite big because it takes time for the infections to reach a person’s bloodstream.

So, try finding out whether any tick is present on your skin or not. It is never too late to find out things before the worsening impact occurs, as it is giving you a lot of time! Just keep an eye on it.

Diseases caused by the ticks can be easily cured if they are reported on an earlier note. Not only in the United States, but also such diseases occur globally. Just stay conscious and protect yourself and your family.

How To Use Vinegar to Kill and Prevent Ticks