Walking Tours in Vienna: Your Best Route to Austria’s Capital 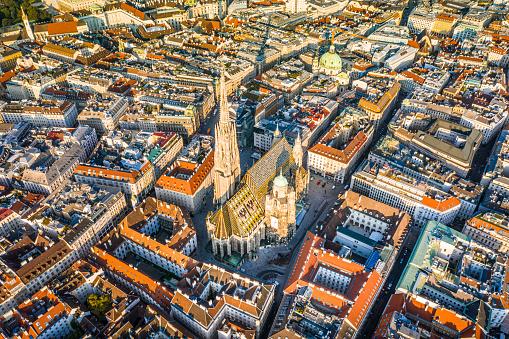 Want to choose one of the Vienna walking tours and look for a tourist option to see the most beautiful places in Vienna?

Perhaps this article will inspire you to organize and make the most of your day in Austria’s beautiful capital city.

Below we take a walking tour around the best sights you should visit in Vienna. Get ready to spend the perfect day in Vienna, and in the meantime, get a glimpse of this wonderful city online.

A Must for Visitors in Vienna

When planning a city tour, have you wondered if it is possible to visit Vienna on foot? Are the tourist sites close enough to each other, where are the most beautiful monuments located, can we take a walking tour to see everything?

So, here’s where to start:

Well yes, except for Schönbrunn Palace, which is a little away but can be reached by subway, Vienna’s most beautiful monuments are close enough to be discovered on foot. Also, there are plenty of horse-drawn carriages to get from one place.

A Walking Route Option in Vienna

A route like this is a 4-kilometer walk. So you have to get out early to be able to see everything!

So, keep an eye out for the stops:

A symbolic monument of Vienna is a good place to start a tourist itinerary: the Vienna Opera House.

In Renaissance style, it was built between 1861 and 1869 by Viennese architects Eduard van der Nulle and August Sicard von Sicardsburg.

From the Opera House, you can walk along Kärntner Strasse to St. Stephen’s Cathedral in 15 minutes.

Its Gothic tower is 137 meters high and can be seen from every corner of Vienna.

This route leads to Burggarten Park in 15 minutes on foot. You will arrive at Hofburg Palace, which was one of the residential palaces of the Habsburgs. Successive Austrian royalty stayed here during the winter months for almost 700 years.

There you can take a tour of the palace: the Sisi Museum, the Imperial Apartments, the Spanish Riding School, or the Imperial Treasury of Vienna.

Next to the Hofburg Palace is Heldenplatz Square, Vienna’s historic square. From Heroes Square, you have a view of Vienna’s parliament and city hall. You can also get to the Museum of Art History through the Burgtor door.

After traveling a few 800 meters along Via Bellariastrasse, the heart of the museum quarter opens up. This is one of the largest cultural complexes in the world, with many private museums concentrated there.

If you want to visit just one, it is better to start with the Museum of Art and History, which is one of the best museums of fine arts in the world.

Continuing along the Götreidemarkt, you will arrive after a 15-minute walk to the Church of Saint-Charles-Borrome. This is an 18th-century cathedral, built during the reign of the Habsburgs. Emperor Charles VI built it in honor of St. Charles Borromeo, the bishop.

Yes, a city with such mighty imperial glory and the number of cathedrals requires at least two or three days.

Our guide to the main sights of Vienna will help you explore the Austrian capital even if you are limited in time. But if you want to see more, join freetour.com and enjoy the magical city.

Then you have the desire to return to the capital of the Austro-Hungarian Empire.