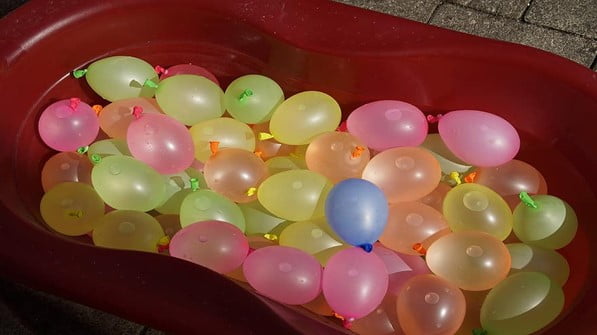 Kids love to experiment. You can further kindle their curiosity for science by carrying out simple tricks right in your home. One such trick is freezing a water balloon. This trick is guaranteed to spark an interest in your kids’ minds about concepts such as states of matter, density, and chemistry.

Here Is What You Need to Do

First, you will have to gather all the ingredients for the experiment. You will need a balloon, a few bottles of water, and a plastic tub. As you need to freeze the balloon, you need access to a freezer big enough to store the inflated balloon. You will also need a pair of scissors, some salt, and a few drops of food coloring.

Start with filling the balloon with water. Tie it up tightly and leave it in the freezer until the water inside turns to solid ice. This should take approximately two days. Once the water is frozen, take the balloon out. Fill the plastic tub about halfway up with water and leave it aside.

Now is where things become interesting. Cut the neck of the balloon open and peel the rubber off the ice inside. Ask your kids to observe the ice closely. You will notice that the area near the surface is clear while the center is opaque. Look out for bubbles on the inside. You will also notice frost that forms and disappears from the surface. 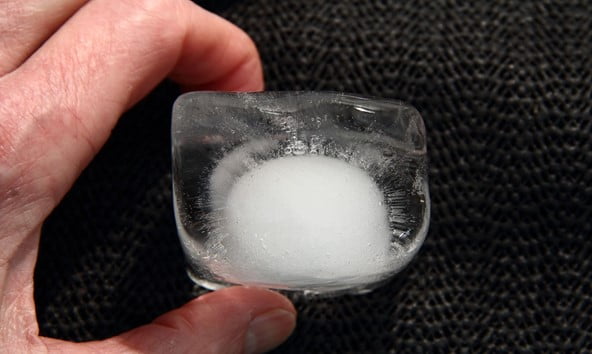 Sprinkle some salt on top of the ice. About half a teaspoon should be sufficient. When salt touches the surface, you will notice that water forms in the surrounding area. Add drops of food coloring so that you can clearly distinguish the tiny streams of water flow. This flow will form interesting patterns that will itch your kids’ curiosity.

After viewing the patterns, rinse the coloring and place the ice in the plastic tub. Observe to what extent it floats.

The Science Behind the Experiment

When you put the water balloon in the freezer, the water freezer is in a pattern. The outer area freezes first, followed by the center area. In this process, pure crystals of ice form. Air and other impurities separate from these crystals and eventually turn into bubbles. This process of bubble formation is serial in nature. Thus, a chain of bubbles forms inside the ice. As bubbles scatter light of every wavelength, the center of the ice appears opaque.

Now that you know the reason behind crystals and the opaque center of the ice, it is time to move on to the frost. The temperature of the ice is much colder than the freezing point of water. As a result, the water vapor in the air freezes around the ice. This creates a layer of frost.

When salt is sprinkled on the ice, a chemical reaction triggers off. The molecules of salt hinder the process of formation of ice crystals and cause the ice to melt. The food coloring helps us track the water flow easily.

Many substances contract when they cool down. Water is an exception to this. As water freezes, the crystalline form occupies nearly 10% more space than the liquid form. With the increase in volume, density lowers. Thus, when placed in water, the ice floats. Due to Archimedes’ Principle, the ice remains only about 10% above the water level.

The DIY Guide on How to Make a Paper Water Balloon

Why Doesn’t a Balloon Pop with Water in It? 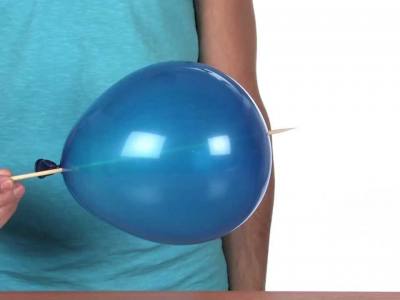 Why Doesn’t a Balloon Pop with Water in It?